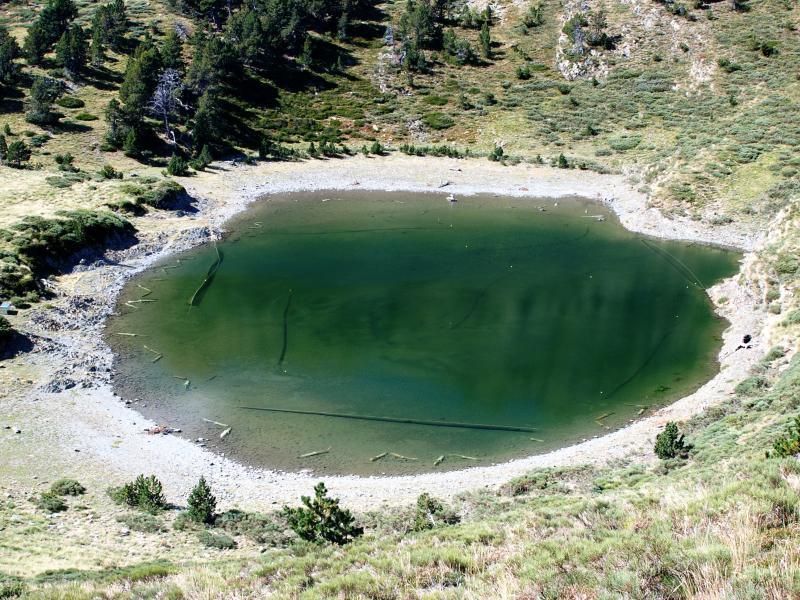 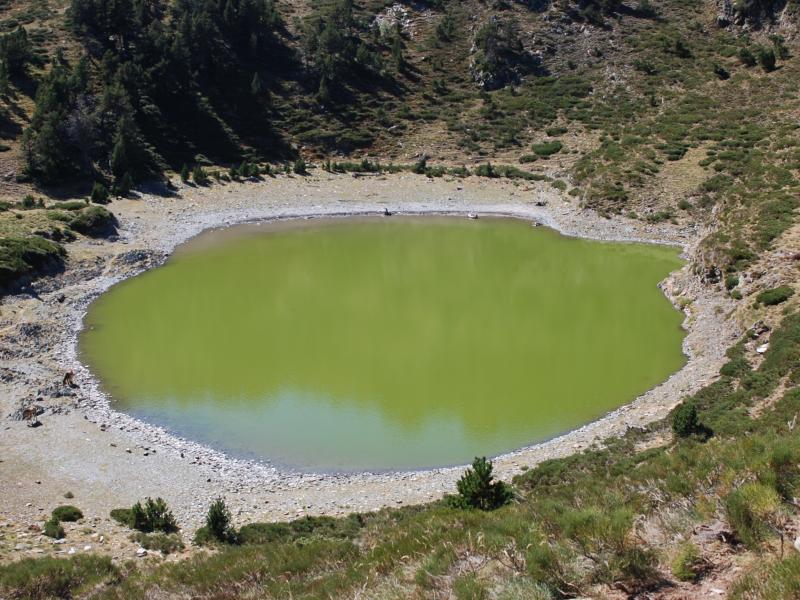 Its transparency decreased due to the introduction of the European Minnow during the 80s. This fish predates on most lake autochthonous species causing a shift to a turbid state due to algal growth. This high mountain lake is located in Catalonia (Spain), within the Natural Park of Alt Pirineu, and is one of the sites where LIFE+ LimnoPirineus is undertaking restoration actions.

European Commission LIFE+  project LIMNOPIRINEUS started the summer of 2014 with the aim to improve high mountain aquatic environments and coordinated by the Centre of Advanced Studies of Blanes (CEAB-CSIC). One of the project objectives is to return to their fishless natural status some lakes within the Aigüestortes and estany de Sant Maurici National Park and Alt Pirineu Natural Park, both at the central Pyrenees (Catalonia, Spain).

The first site where we started the restoration tasks is Lake Closell, at the county of Lladorre (Lleida). Its transparency decreased due to the introduction of the European Minnow during the 80s. A small fish that predates on most of the lake autochthonous species (including insect larvae and small crustaceans such as the water flea). The decrease of crustaceans that feed on algae has as a consequence a massive algal growth giving a green colour to these naturally transparent water bodies.

When the workers of the project partners Sorelló and Generalitat de Catalunya started to fish they were capturing one thousands of individuals every day. At the end of last summer the population decreased to such an extent that captures decreased to four individuals per week. The captured fish are sacrificed, while amphibians’ such as newts, frogs and larvae are returned to the lake.

Nearly 24 months after the project started, scientists calculate a reduction of 99% of the minnow population. Since the start of the fishing, the lake has shifted from green to transparent, a proof of the efficiency of the restoration measure.

The change is mainly due to the recovery of the water flea, a small crustacean characteristic of high mountain lakes that feed on algae. Marc Ventura, biologist from the Centre for Advanced Studies of Blanes and coordinator of the LIFE LimnoPirineus, explain how the lake has evolved during the last few years:

“What has surprised us is the extraordinary speed that autochthonous fauna is recovering, after two years of intensive work, it already presents characteristics very close to those of a natural lake.”

Fish introductions and their consequences

Fish are not autochthonous species from high mountain lakes. They are introduced species that act as top predators in the receiving ecosystem, decreasing substantially the population sizes of other animals such as amphibians, or insect larvae that are characteristic of these environments.

The negative effects of fish on lakes evolve depending on the introduced species presence. A series of process take place over time that lead to a general degradation of these environments. At many lakes, trout was first introduced, followed by the accidental introduction of minnow, used as live bait to fish trout. Finally, in some cases, trout disappeared and minnow was left as the only introduced species in the lake.

When this takes place, the European minnow not only predates from littoral larvae, it also predates on crustaceans that life at the centre of the lake, leading to this extraordinary growth of algae.

Lake Closell, located at the Pallars Sobirà within the county of Lladorre, has suffered two main impacts along the twentieeth century. During the years 50-60 the hydroelectrical company built a gallery that goes through the bottom of the lake and that changed the water level. Later, in 1969 trout were introduced, and during the 80’s it was the European minnow. During the last few years, trout disappeared from the lake, being the European minnow the only fish species present.

The Centre for Advanced Studies of Blanes (CEAB) from the Spanish National Research Council (CSIC), acts as coordinator of the project LIFE+ LIMNOPIRINEUS, and as partners participate Barcelona University, the Conselh Generau d'Aran, the department of Territori i Sostenibilitat from the Generalitat de Catalunya (Catalan Autonomous Government), and the enterprises Forestal Catalana and Sorelló Estudis al Medi Aquàtic. The Diputació de Lleida acts as a cofinancer.