They are situated in SCI Aigüestortes in the area of strict protection of the Parc Nacional d’Aigüestortes and Estany de Sant Maurici, which implies that fishing is not permitted. Populations of Brown trout (Salmo trutta) can be found. Despite being a native salmonid from the Pyrenees as it can be found naturally in its rivers, it is an introduced species in the lakes, which makes it be considered as an alien species. Its presence in the lakes is due to the introductions made long ago by humans. The orographic barriers, like insurmountable waterfalls or infiltrated rivers in screes, impede the natural colonization of lakes by the fish fauna. 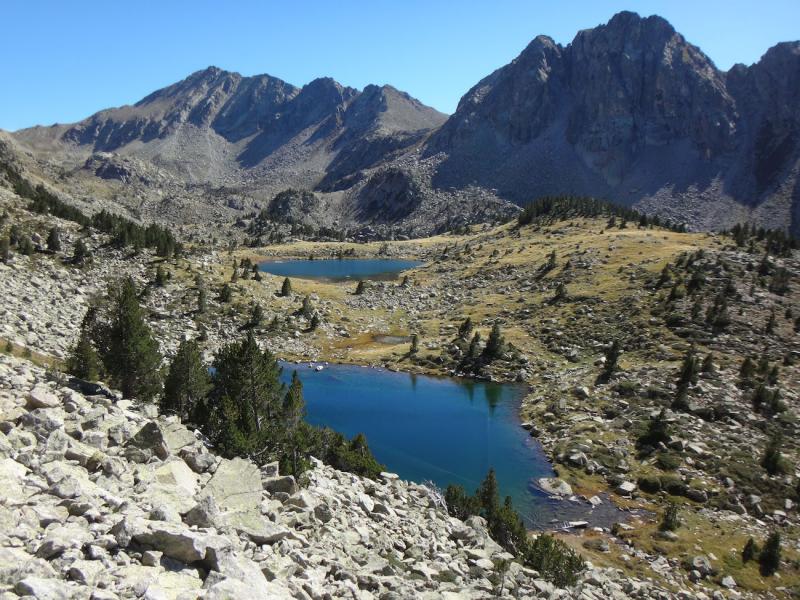