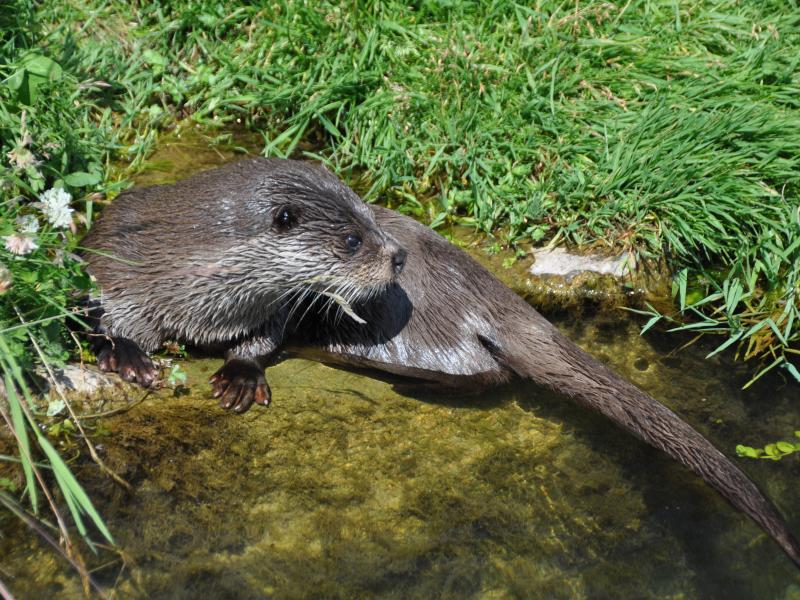 The Otter is a carnivorous mammal from the Mustelidae family that lives in the rivers and lakes of Europe and Asia.

It measures up to 150 cm of length including the tail and its fur is brownish with a white spot on the neck. Like all Mustelidae it has a long body and skull and short extremities. It has several adaptations to the aquatic life like the membrane between the five fingers in the front and back extremities, the thick short fur that prevents the water from reaching the skin and a mechanism that allows them to close their ears when they immerse to prevent the water from getting in.

In most of its distribution area its presence is associated to the clean water systems with abundant littoral vegetation.

It mainly feeds on fish but it can eat birds, insects, frogs and crustaceans, even small mammals.

The Otter is considered an almost endangered species because of the regression of its populations. Among the main threats to its populations there is the water pollution and being run over on the road. Recently, and thanks to the preservation measures taken, there is evidence that shows a recuperation of the population in the west of Europe.