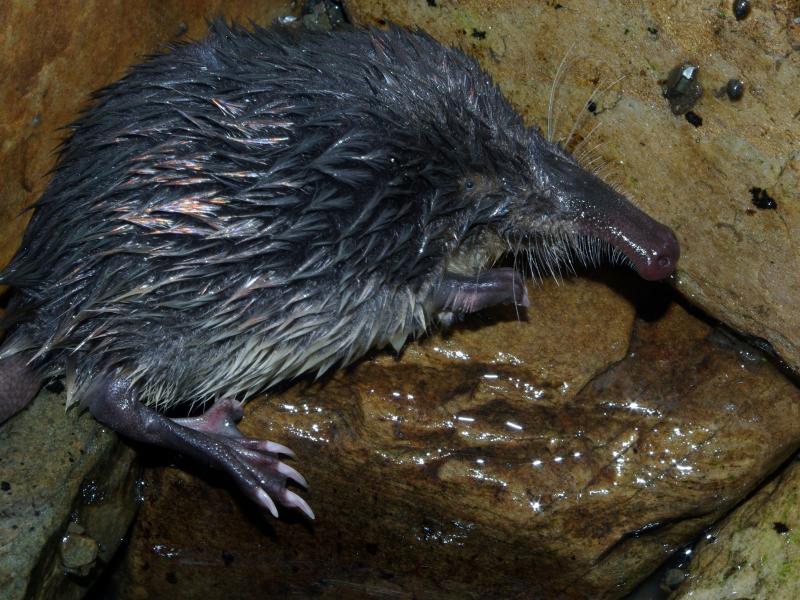 The Pyrenean desman is a mammal from the family of the moles that can only be found in the north of the Iberian Peninsula and in the south of France.

The main characteristic of this small insectivorous (11-14 cm without the tail) is the snout, which can be enlarged like a portable trunk. It has no hair and the nostrils can be found at the end tip of the snout. The cylindrical scaly tail is as long as the body or even longer than the body and the head together. Its fur is dark grey on the back and a bit more light and with white and silver tones on the abdomen. The chest is a bit yellow and its fingers are joined by a membrane that helps them swim. This membrane is more developed in the back paws.

It feeds on all kinds of aquatic invertebrates and occasionally on crustaceans and small fishes.

The Pyrenean desman is considered an endangered species because of the regression of its populations. It is a species confined in a very vulnerable habitat of a very limited area. Among the main threats there is the water pollution, the fragmentation of their habitat because of the construction of hydroelectric plants, the water extraction and the construction of dams.